Ken Bagnis is an accomplished musician and practicing psychotherapist. He has been crafting stories and singing for rock-n roll bands since his early youth in Cleveland, Ohio. Musical success took the form of tens of records sold, supported by a North American tour in a filthy Econoline van which lasted several years. Ken shares at least four eerie connections with Hawaiian entertainer, Don Ho including a number one record on the island of Oahu for two straight weeks. When the tour ended on super sunny Christmas in Los Angeles, Ken vowed he would never drive in the snow again. Wandering down a side street lit by the Gazzarri’s parking lot, he contemplated starting a new life as close as possible to the Sunset Strip. With the fortuitousness which always surprises one in retrospect, he collided with the girl of his dreams. The marriage survives but Gazzarri’s has not.

Ken lives in Pasadena, California with his wife, two tireless children, and two increasingly invisible cats. Seconds after the kids fall asleep, the pair boldly appear like a scene from Lady and the Tramp. When he is not writing books, Ken still enjoys writing songs and playing 80’s rock ballads on his acoustic guitar, which always sound best when his wife sings a perfect harmony over the chorus. 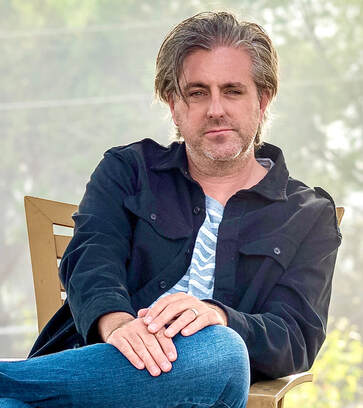